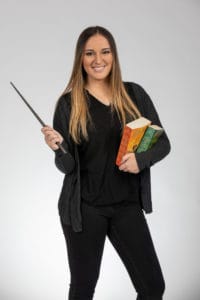 "Everything happens for a reason."

Cameo grew up in Dayton, Ohio and moved to Columbus while attending The Ohio State University. She graduated in 2017 with a Bachelor of Science in Social Work. Cameo has a calico cat that she describes as having the personality of five cats, and always keeps her on her toes. She even says that she likes animals more than most humans.

We are now OPEN full hours. If our phone lines are busy, schedule online now.